In the above vid (BBC world ) a mother sad story about her 20yr old eldest daughter, who 3yr ago went to a field trip with the staff frm the hospital she works in and never Returned..after a year later her mother find out that she have been converted and married off to one of her colleague..Family taken this matter (force convertion) to court.but so far there's no resolution.Her daughter even not appeared in the court to state that she have acted according to her own will  (as the abducters wont allow her to come) .. Now this poor mother so worried about her other daughter that she doesn't let them wont to go out of her home... "We so scared now,we just hope the case close soon,so that we can go somewhere else,we so scared to live in this enviroment,"No body Listen to the hindus"..We haven't done anything wrong by being born as hindu.....

Hindus account for a little over one percent of the population of Pakistan now.
However, the community claims that even this number is dwindling because girls are being kidnapped, converted to Islam and forcibly married to Muslim men.
Human rights organisations warn that such incidents are on the rise and is urging the government to take action to protect the country's minorities.

"When British India was partitioned in 1947 Hindus and Sikhs constituted about 20% of the population in what is now Pakistan. Now it is barely 1 percent."
There are a number of instances of persecution of Hindus in Pakistan.
In 1951, Hindus constituted 22 percent of the Pakistani population.
By 1998 the proportion of Hindus was down to around 1.7 percent(2,443,614)
and at present it is barely 1% left ..
This huge drop is due to wide forcible conversion and murder of those who resisted it, a situation that is recorded to have continued till date.
Minority members of the Pakistan National Assembly have alleged that Hindus were being hounded and humiliated to force them to leave Pakistan or convert to Islam.


Today, the Hindu population of Pakistan is in great peril..Imminent danger.
On average, monthly 25-35 reports of kidnapping of young Hindu girls on religious grounds are filed in Pakistan.http://www.realcourage.org/2010/03/pakistan-25-hindu-girls-abducted-every-month/
Only 26 out of the 428 temples are functional now. The last crematorium of a temple in Sindh was broken down in Rawalpindi on 19 July, 2010 to make homes for the locals.
Most Hindus are poor peasants and serve as bonded labour
Hindus have to pay thousands of pounds to avoid kidnapping
Even Hindu women and children (minor girls) are not spared by them..they abduct them,married forcefully & convert them to islam..even some get raped and then they sold out in brothel...sex slaves forever.


“Moreover, the Hindu communities were not even spared on the occasion of their joyous festival of Holi as two girls, Anita and Kishni, were kidnapped in Kotri.

Pakistan: Rape as a Tool for Conversion to Islam
Coordinator HRCP Task Force Sindh Dr Ashothama Lohano told News-
That minority communities were easy targets as the Hindus were generally hesitant to raise voice against the injustices. ‘When the Hindu communities become politically active, they are blamed for having Indian connections,’ doctor Lohano said.”

Amarlal, chairman of the Progressive Minorities Commission, who uses only one name says “Local mullahs and fundamentalist people think that if they(minority) leave they can take their properties.”
...( Like what happen in 1990 in kashmir where they forced nearly 4Lakh kashmiri hindus to leave their land and migrate...and secularist indian gov & media did nothing)....

Dr Aasha kumaris exclusive family interview (in sind language) on her home at jacobabad...Her mother,grandmother,her little sister, whole family broke down into tears demanding for justice to bring back their daughter from these mullas who abduct her on  28feb 2012 on her way to the College of Physicians and Surgeons in DHA.Her family alleged that she has been forcibly converted and married to Nadir Baig Dhar, the son of a suspended judge.

video from Dr Asha Kumari's family. Asha was kidnapped on Feb 2012  from Jacobabad, Pakistan.
Even her faith will be decided along with Rinkle.. in case of  abduction & force convertion  in Supreme court on April18 2012..

Some Wealthy Hindus like Garish Kumar are targets for kidnappers ---kidnapped and His dismembered body parts were later found near a madrassa (Islamic religious school).
http://news.bbc.co.uk/2/hi/south_asia/6367773.stm 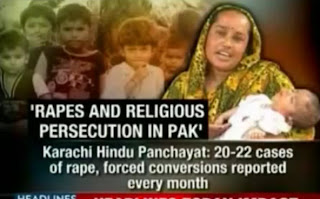 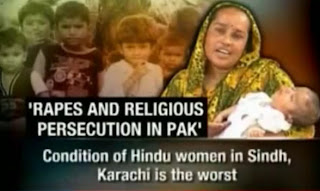 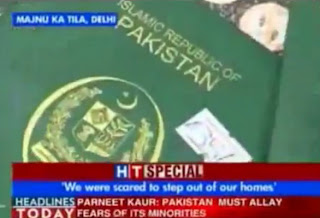 Amarnath Motumal, an advocate and council member of the Human Rights Commission of Pakistan says


In Karachi alone, a large number of Hindu girls (20-25 monthly) are being kidnapped on a routine basis...
“The families of the victims are scared to register cases against the influential perpetrators as death threats are issued to them in case they raise their voice. So, the victims choose to remain silent to save their lives,’ -Motumal said the word ‘Hindu’ had become an insult and a kind of abuse for the Hindu community. ‘Almost 90 per cent of the Hindu community comprise poor and impoverished families whose needs and rights have been neglected by the ones at the helms of power,’ he said, adding that since a majority of the people feel helpless, only a few families come to him with their cases.”...

“Moreover, the Hindu communities were not even spared on the occasion of their joyous festival of Holi as two girls, Anita and Kishni, were kidnapped in Kotri.


"that minority communities were easy targets as the Hindus were generally hesitant to raise voice against the injustices. ‘When the Hindu communities become politically active, they are blamed for having Indian connections,’ doctor Lohano said.”

Veerji Kohli, a human rights activist, told rediff.com, "Forcible conversion is the easiest way to marry a Hindu girl; this practice is explicitly related to Islamic fundamentalists but it is a tool used by Muslims in this particular region to marry a young Hindu girl without any problem. For a pretty Hindu girl, her beauty becomes her enemy. She is likely to be kidnapped, followed by forcible conversion and marriage to a Muslim man."

Two Minor Christian Girls Kidnapped and Forced To Convert To Islam and married to the son of one of her abductors ----> http://save-rinkel.blogspot.in/2012/04/islamic-jehad-force-convertion-of.html


The family of  Rinkle Kumari, who was allegedly abducted, forced to covert and marry a Muslim, claimed that they are receiving death threats.
“Take the case back or we will kill you all,” is the threat the family received on March 8, according to the Rinkle’s brother-in-law Inder Lal.

“These people see beautiful young Hindu girls and chase them,” said Rinkle uncle Raj Kumar. “For 15 days Naveed Shah(to whom she forcibly married by the abductors) had been shouting at Rinkle, threatening to kill her only brother.”


Rinkle’s father Nand Lal a government schoolteacher said “This Mian Mitho is a terrorist and it is his business to kidnap Hindu girls; he keeps them at his house for sexual purposes and later sells them.
Mian Abdul Haq popularly known as Mian Mithoo is a National Assembly Member of the Pakistan People’s Party (PPP), the ruling party of Pak.

These people had converted forcefully many girls and majority of them had either committed suicide or disappeared from the surface.
More abt this B@stard Mian can be read here---> http://save-rinkel.blogspot.in/2012/04/i-read-terrible-news-from-local-source.html#more

Raised voices
Rinkle’s mother covered her face with a dupatta and wept silently as the HRCP Sindh vice chairperson voiced the community’s troubles.


“We can’t even sleep at night,
wondering whether our kidnapped girls would become suicide bombers
or would they be sold off into prostitution,” lamented Motumal.

He said that forced conversion is not a new practice, claiming that extremists are taking advantage of the religion by preaching at madrassas on how to convert non-Muslims.
“When an underage girl is forced to convert, she is not allowed to meet her family. She is told that the people who gave birth to her and raised her have become Kaafirs.”

The press conference was also attended by the family of 29-year-old Dr Lata Kumari, who was kidnapped on February 28 on her way to the College of Physicians and Surgeons in DHA. Her family alleged that she has been forcibly converted and married to Nadir Baig Dhar, the son of a suspended judge.

Lata’s father, Dr Ramesh Kumar, spoke out against the harsh treatment that the family received in the court on March 7. “The police did not even let us meet Lata at the first hearing of the case and they beat us with sticks,” said Lata’s mother, a hypertension patient. “The kidnappers did not leave burqa-clad Lata alone for even a minute. Nadir and his goons would come in front of me every time I approached her. I could not even look at my daughter properly.”

Kumar said that they knew Nadir from before, claiming that the accused had converted five Hindu girls already. According to Lata’s brother Vishal, Nadir works at the quality assurance department of a motor company.


“Lata clutched my arm and asked me to do something for her,” said a teary eyed Joti, Lata’s sister.
“Why are the criminals not letting us meet her, what are they scared of?”
Kumar alleged that the signature on the documents were not Lata’s.

Lata, who has an MBBS degree from Larkana, used to live at the Aga Khan hostel and had worked as a medical researcher. Two of her siblings are also doctors and live in Hyderabad, while the rest of the family lives in Jacobabad.

During the press conference, another suspected kidnapping came up. People from Jacobabad said that a 15yrs old  Asha kumari, who was doing a beautician's course at a beauty parlour, never made it home from work.

HRCP’s Badar Soomro condemned the forced conversions of the three percent total minority population in the country. “Why are the extremists after the minorities? Let them live freely.”

On March 8, the Supreme Court directed the Sindh police IG to find Lata, Rinkle and another Hindu girl Pooja Devi, and present them at the next hearing on March 26.  However, the families were not hopeful. “They [the courts] record statements under section 164 and then the girl is sent immediately with the criminals,” said Motumal. 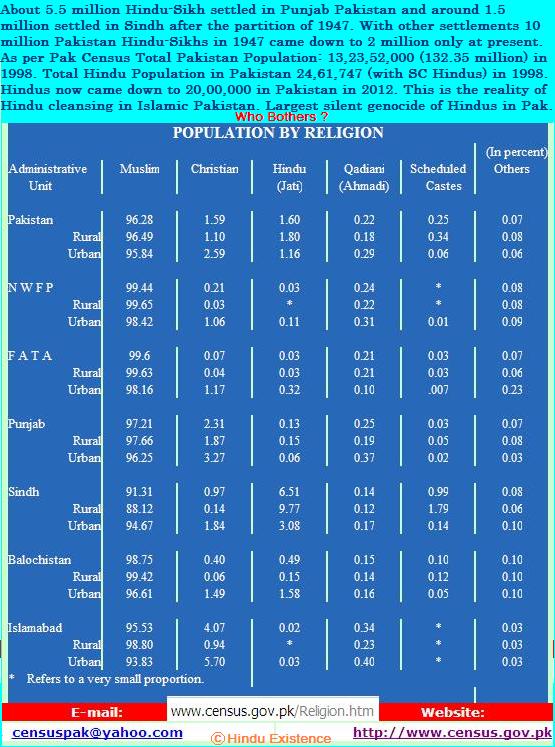